Founded in 2013 by Thiago Ferreira and Camila Rodrigues with the purpose of bringing a fairly new sport to the United Kingdom and to Berwick, Brazilian Jiu-Jitsu (BJJ) Thiago and Camila knew they wanted to reach the needs of a much larger range of people than just those interested in BJJ, so the development of a 24 hour gym and fitness classes began. TF also offers consultations, personal training (programme development and one-to-one training) and exercise rehabilitation programmes. 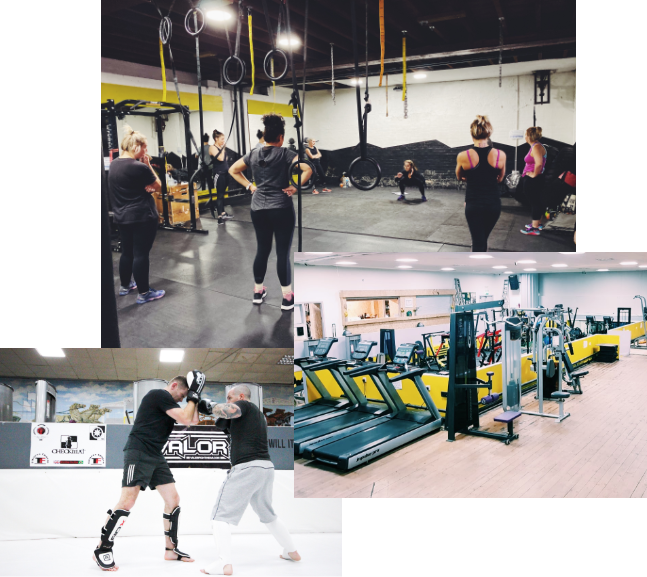 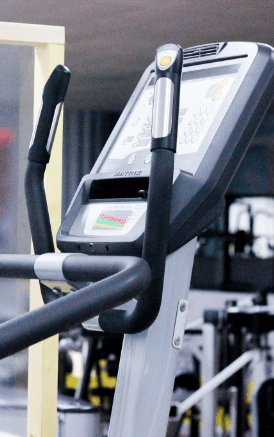 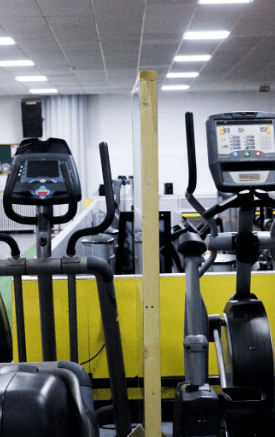 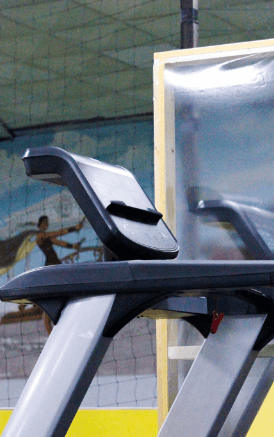 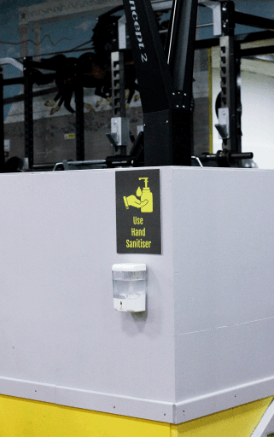 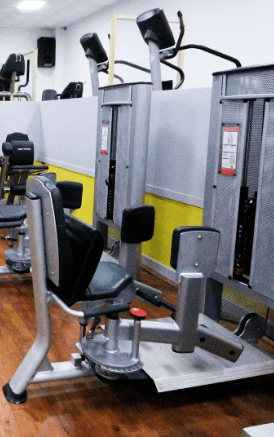 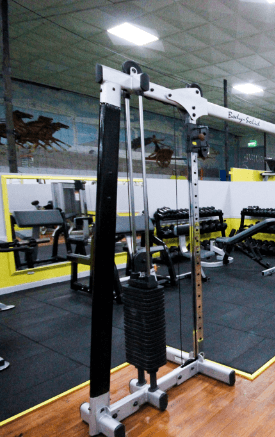 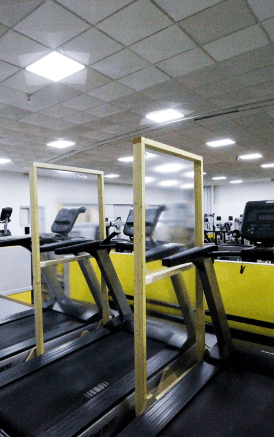 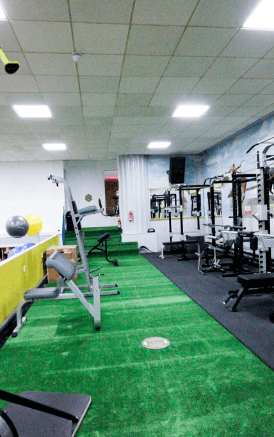 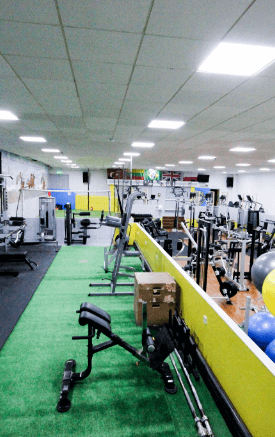 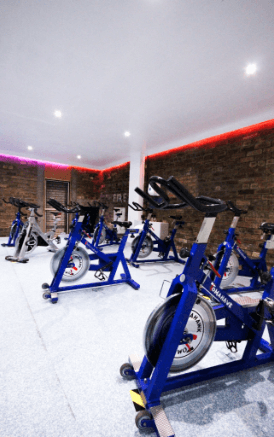 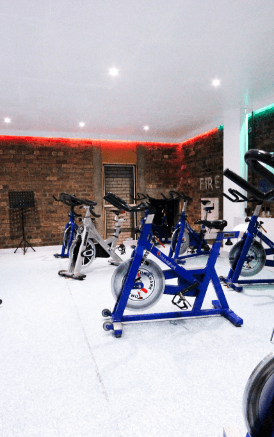 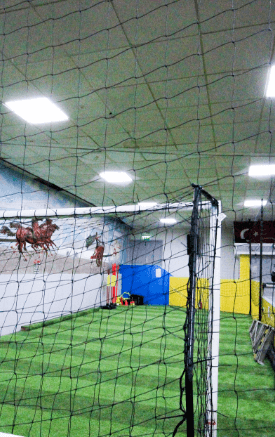 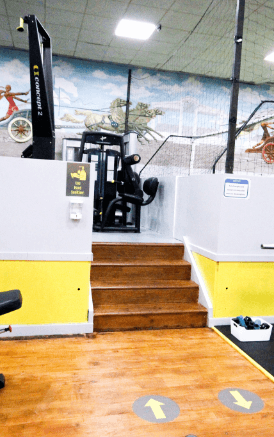 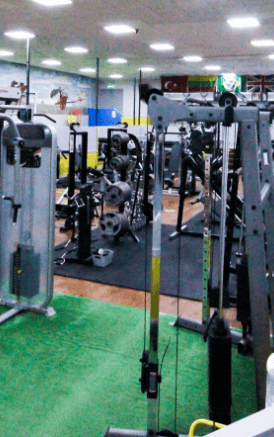 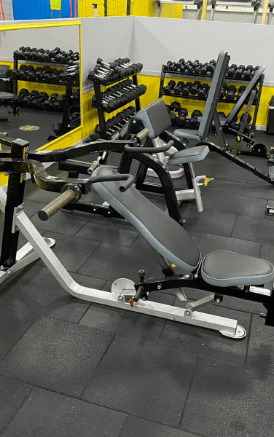 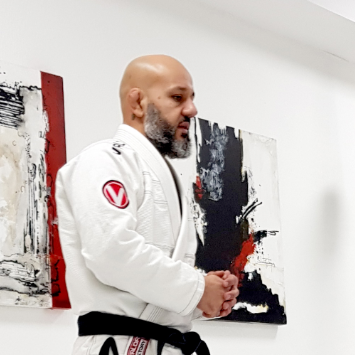 Thiago Ferreira has been involved with sport; in particular football since he was 8 years old, playing for high profile academies in Brazil and at the age of 19, he signed his first professional contract. A year later he was offered a contract to play football in Italy and over the course of his career, he had the pleasure to feature on some of the biggest stages in Italian football and achieved several titles; including being nominated best player in Italy a couple of times. Thiago played professionally until 2006 when he married his wife and business partner Camila Rodrigues and they moved to Berwick....

It was also aged 19 that Thiago started his BJJ journey, training in whatever free time he had. His dedication and work ethic meant he achieved his blue belt under Professor Robson Medeiros in São Paulo Clube de Jiu Jitsu Pitbull, however when he moved to Italy, BJJ was put to the side. It wasn’t until 2010 that he restarted his BJJ journey under Professor Marcos Schubert where Thiago helped to establish and represent the Schubert UK team and was awarded his purple belt. In October 2018, Thiago had the honour to receive his black belt in London from his Professor, Marco Canha, owner of Checkmat Fightzone London.

Alongside his intense BJJ training, MMA also took a priority and in 2011 he won his first MMA amateur fight – the three long and tough rounds gave him the motivation to continue his dedicated training. Following his debut, he had another 5 MMA fights building his record to 4 victories, 1 draw and 1 loss.

Professor Thiago Ferreira teaches Brazilian Jiu-Jitsu to all ages and levels in Berwick with a number of his students competing and gaining medals nationally. There is no expectation for any of our students to compete – the main motivation behind Brazilian Jiu-Jitsu at TF Fitness Centre is to build a space for our community to learn a new sport, improve their fitness and have fun!

Camila Rodrigues is a Sport and Exercise Coach with a BSc (Hons) Degree in Sport and Exercise Science. She has been working as a personal trainer, fitness coach and instructor since 2014 alongside running her sports massage clinic. Camila is extremely skilled in academics and is always working to improve her knowledge! With a background of scientific research fuelling her work as an Exercise and Health Therapist, as she is concluding her Masters in Sports and Exercise Science at Sunderland University....

Camila is passionate about working with people to improve their lifestyle – whether that’s losing weight, training programmes to coexist with and improve their abilities within their sport of choice, rehabilitation from illness or injury, and has a fervent belief that fitness can be used to improve mental wellbeing – with sports and exercise psychology being a prominent part of her studies.

In 2017 Camila ran the GetFit programme as part of her research towards her BSc (Hons) Degree, working with a group of 20 people who were mainly sedentary with physical and mental health issues; struggling to engage in regular exercise. Camila saw significant enhancement on their mental health, general wellbeing and physical fitness through this programme and the majority of the participants either continued to attend TF Fitness to this day or have engaged in other forms of exercising.

Within TF Fitness Centre, Camila runs classes including; Functional Training, Core Blast, Stretch & Mobility and Boot Camp as well as running her ChangeMe Fit Performance Clinic. Through this clinic, she works one-to-one with clients to provide a more hands-on approach to their fitness. These one-to-ones can take a number of forms, be-it planning a programme for you and monitoring progress or having regular personal training sessions. It is also through this clinic that Camila runs her exercise rehabilitation – helping people to recover from illness or injury and giving them a safe entryway into fitness.

Camila’s extensive knowledge in physical and mental health, as well as her knowledge of the human anatomy, means she can be trusted to train you in the safest way possible allowing you to still get enjoyment and results. 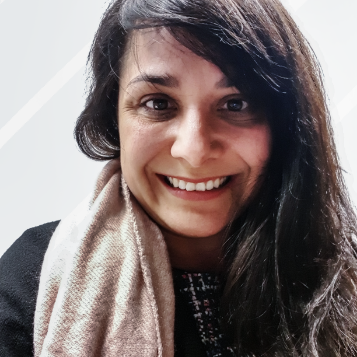 Exercise round the clock

Take advantage from gym's benefits 24 hours a day, 7 days a week in each plans available

App users can book space at your gym's classes, with personal trainers

The classes below are all designed by our fitness coaches 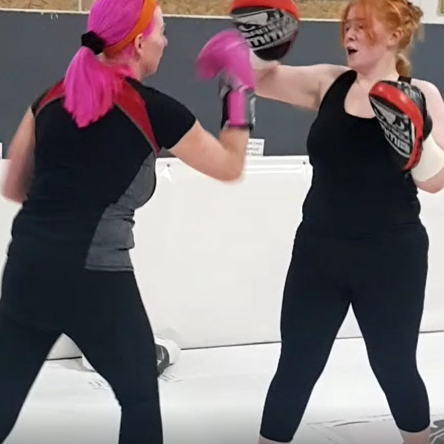 It is a fun cardio workout designed to release stress and suitable for everyone who wants to enjoy boxing training without getting hit. 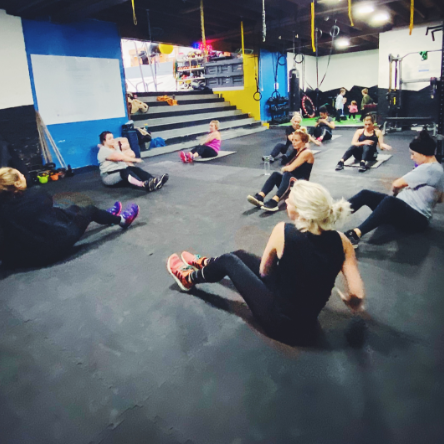 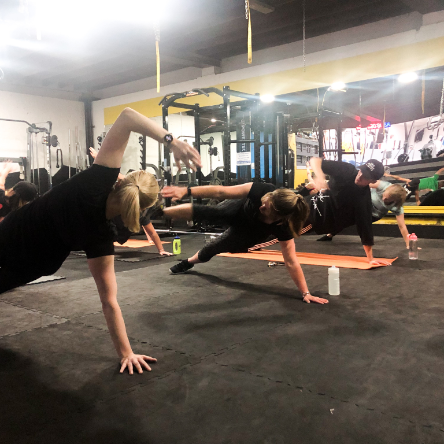 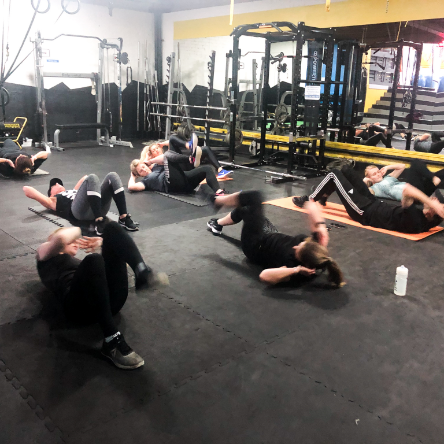 20 minutes intense conditioning exercise class to develop and strengthen stabilizer muscles. It is designed to tighten up the muscles of your torso, especially lower back and abdominal area.

Core blast is a fun way to shred some pounds as well as increase core strength, tone abs, butt and legs, and improve posture by enhancing balance and stability. 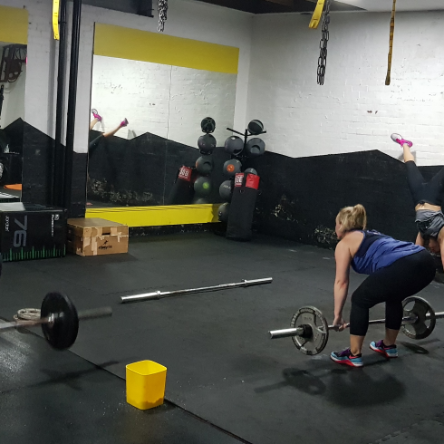 50 minutes exercise program to train your muscles to help you do everyday activities safely and efficiently.

Functional training is designed to improve health and general well-being.

It also involves working in a group, which has a social benefit helping to create new relationships. Suitable to all fitness level. 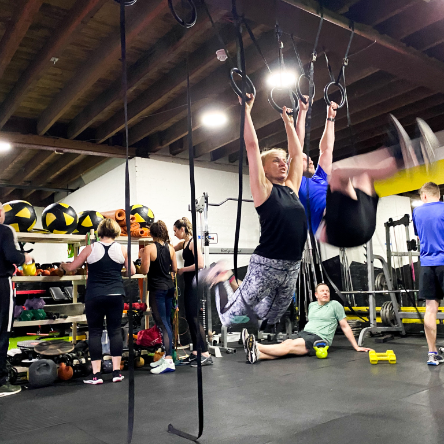 1 hour and 30 minutes exercise program, focusing on training your muscles to help you do everyday activities safely and efficiently.

Functional training is designed to improve health and general well-being.

It also involves working in a group, which has a social benefit helping to create new relationships. Suitable for intermediate and advanced fitness level. 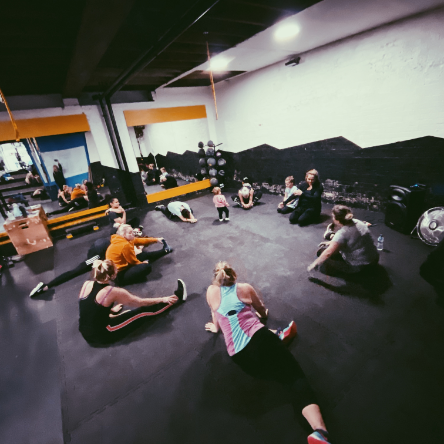 It is designed to enhance flexibility, increase range of motion, improve muscle activation, reduce fatigue and risk of injury.

It is a low to moderate-intensity exercise class suitable for all ages and fitness level. 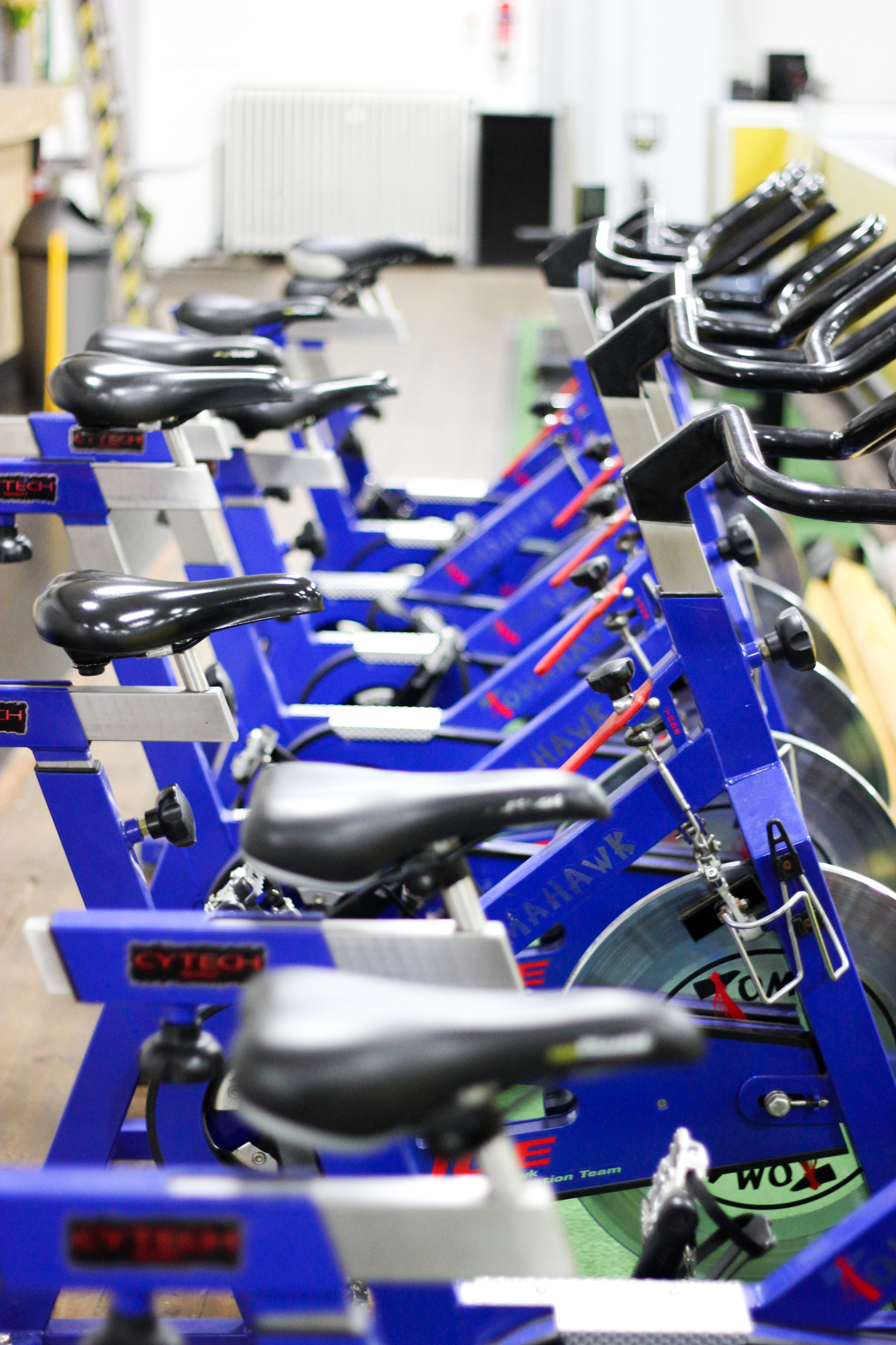 It is delivered in an encouraging and fun group setting, and it is suitable for all ages and fitness ability.

It is a very effective fat burning exercise class designed to reshape and sculpt your body like never before.

The class routine is set to work every major and minor muscle group using smaller kettlebell weights 2kg to 12kg.

It’s a high volume, moderate intensity and none stop program. 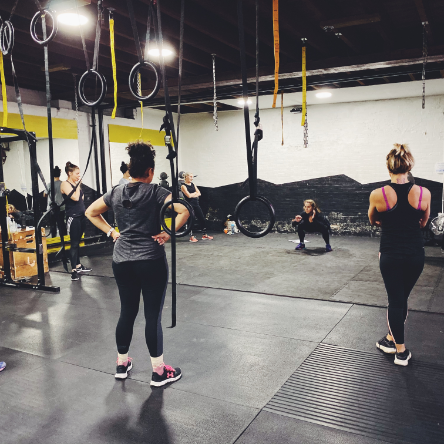 It is a bodyweight workout, designed to keep your body burning calories long after your workout session is complete.

Great way to boost your metabolism and rapidly burn fat! 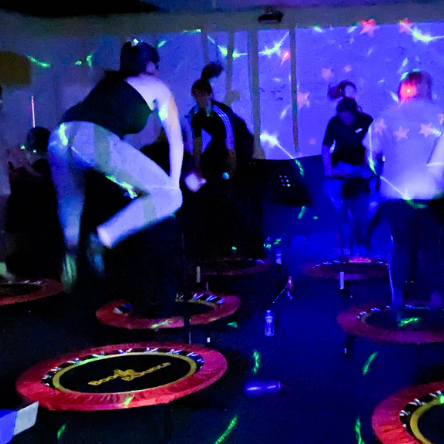 We are the only authorized fitness facility in Berwick upon Tweed to deliver Boogie Bounce classes.

50 minutes fitness class that uses a mini trampoline with a bespoke T-bar handle to deliver a full-body workout, high intensity and cardio workout.

It is choreographed to energetic music and suitable for all ages and fitness level. Bouncing is a fun, funky, high energy and dynamic form of exercise. 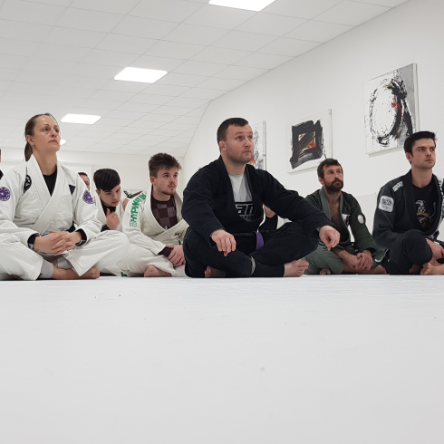 1 hour to 1 hour and 30 minutes class of self-defense martial art and combat sport. It is based on ground fighting, grappling and submission holds.

The aim of BJJ is to develop and enhance skills to control the opponent by gaining dominant positions and using a range of techniques to submit the opponent via joint locks and chokeholds.

BJJ offers a range of physical, mental and social benefits such as:
-losing weight and getting in shape
-improve flexibility
-increase strength
-improves coordination and balance
-efficient self-defense allowing you to enhance your confidence and knowledge
-great stress relief
-promotes resilience
-critical thinking and problem solving
-it teaches humidity and patience
-great way for making friends

BJJ is a lifelong journey that welcomes people from all background, ages and fitness level; before you realize you have spent months and years with teammates who then became an extension of your family, your BJJ family. 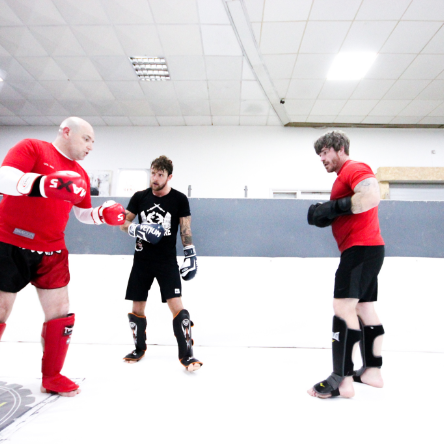 1-hour class of self-defense close combat sport originated in Thailand. It uses stand-up striking along with a range of clinching techniques, combining the use of fists, elbows, knees and shins.

Our Muay Thai classes are suitable to all ages and fitness levels.

The delivery from TF Fitness Crew has been exceptional!

Being a member of the gym have been brilliant. The guys from TF Fitness have done such a fantastic job… Once you’ve done a class, you just feel brilliant!

They have offered me to use some of their equipment during this pandemic. That may not seem a lot to some people, but for me that was massive! I just want to thank you.

It is an absolutely brilliant thing that TF Fitness are offering.

I certainly have got to say it has been great for us. Thanks!

I am very thankfull for TF Fitness Gym. They keep me up to date and healthy!

It’s been really healthful to have built that community, friendship and family with TF Fitness!

The workouts are always challenging. We never get bored with them!

I joined the class with some help of the group members. It’s been great seeing everybody! Thank you.

Please note, these memberships have a minimum term period of 180 days

Please note, these memberships have a minimum term period of 365 days

Please note, this membership have a minimum term period of 30 days

Please note, this membership have a minimum term period of 30 days

Please note, this membership have a minimum term period of 7 days

Please note, this membership have a minimum term period of 14 days

We offer a number of different memberships to suit your needs from monthly, annual, short term and drop in sessions.

*All memberships excluding Annual Memberships, 1 Month Short Term and Weekly Memberships can be frozen for £2.99 per month. This is a great option if you know you aren’t going to make it for a while but don’t want to completely cancel your membership with us!

Follow-us and join so much more